University of Nebraska’s 150-year history points to the future

Feb. 15, 2019 marks the 150th anniversary of the day that the State of Nebraska chartered the University of Nebraska. As we look forward to 2019, a quick review of how we became a bigger-than-life Big Red university that creates opportunity like no other entity in the state may help to frame not only what we've been, but what we can build toward in the next 150 years.

How it all happened is anything but a straight-line story, but some key decisions by names we know (and some we don’t) charted the course.

The Morrill Act of 1862 was the Big Idea that led to the Big Red. Maybe you know the story. Vermont Senator Justin Morrill proposed a bill to Congress funding land-grant colleges in each state, primarily to teach engineering, agriculture and military tactics.

So there we were, a divided America in the throes of the Civil War when Abe Lincoln inked the idea into law--the day after signing the Transcontinental Railway Act and just two months after signing the Homestead Act. This trifecta set into motion the creation of some critical underpinnings of our state, our culture and our university as we know it today. But for now, we will keep our focus on the Morrill Act.

Nebraska wasn’t even a state back then. But once Nebraska officially joined the union as No. 37 in 1867, it was clear that the land-grant offer was too good to pass up. What Nebraska stood to gain was 30,000 acres per Member of Congress. The idea was that the state could sell part of the land to fund the new university. Some of the land would become the campus.

Nebraska Legislator Augustus Harvey wrote the Charter of the University of Nebraska in 1869, spelling out six original colleges, a model farm, and a clear objective of affording inhabitants of the state the means of acquiring a thorough knowledge of the various branches of literature, science and the arts. The charter further specified that no person should be deprived of the privileges of the university because of age, sex, color or nationality. Inclusivity has remained a hallmark of our strength to this day.

Believe it or not, the bill containing this charter was passed by both houses of the state legislature (before it was a one-house unicameral legislature) and signed into law by Nebraska’s first governor, David Butler, in one day—on Feb. 15, 1869. Lightning fast, we had a charter.

Now all we had to do was build a university. Easier said than done. The first building, University Hall, opened in 1871 north of downtown Lincoln. The building was a four-story mess that was close to collapsing the day it opened. But it was impressive to look at, complete with a bell tower. The building was shored up enough to keep it standing until it was demolished in 1948. You can still see the bell up close in the garden of the Wick Alumni Center.

Even though the university’s early buildings could not stand the test of time, the spirit of the university surely has. To help people stretch their strengths and take on new challenges – and grow flexible, nimble and strong, because that’s what it takes to do big things.

Since 1869, our university has opened a few million doors, inspiring both inventions and inventiveness. A few million ideas have sparked between like and unlike minds of folks who may not have otherwise ever come together in one place. The likes of Warren Buffett, Johnny Carson, Ruth Leverton, Aaron Douglas, Harold Edgerton and Loren Eiseley. Nobel laureates George W. Beadle, Alan Heeger and Donald Cram. Pulitzer Prize winners including Willa Cather, Ted Kooser and Marjie Lundstrom. Heisman trophy winners Johnny Rodgers, Mike Rozier and Eric Crouch. Perhaps you, and of course, the 26,000+ students, plus dedicated faculty and staff on campus right now, are all part of our past, present and future.

Our University of Nebraska is an audacious 1869 experiment that has turned into a $2 billion annual economic boost for the state. And so much more is yet to come.

The next chapters in the story of our Big Red university will certainly unfold with the shaping of millions more lives and the creation of thousands of jobs, many in yet-to-be-conceived fields of interest and entrepreneurship. Guided by the ‘north star’ of our mission, we continue the story of empowerment and inspiration through research, teaching and outreach long into the future.

Our 150-year history stands as living proof of the vision of Justin Morrill and Abraham Lincoln—we are a land-grant university, where no one sits on the sidelines and no one thinks ‘the clock has run out’ when it comes to our potential—not even close. We have much more to do as Nebraska’s flagship, Big Ten, national research university, where students and faculty are solving some of the world’s biggest problems—adding to, not just listening to, the global conversation.

The past is prologue, and now we all get to write the next chapter – beginning on University of Nebraska Charter Day. It all unfolds February 15, 2019. 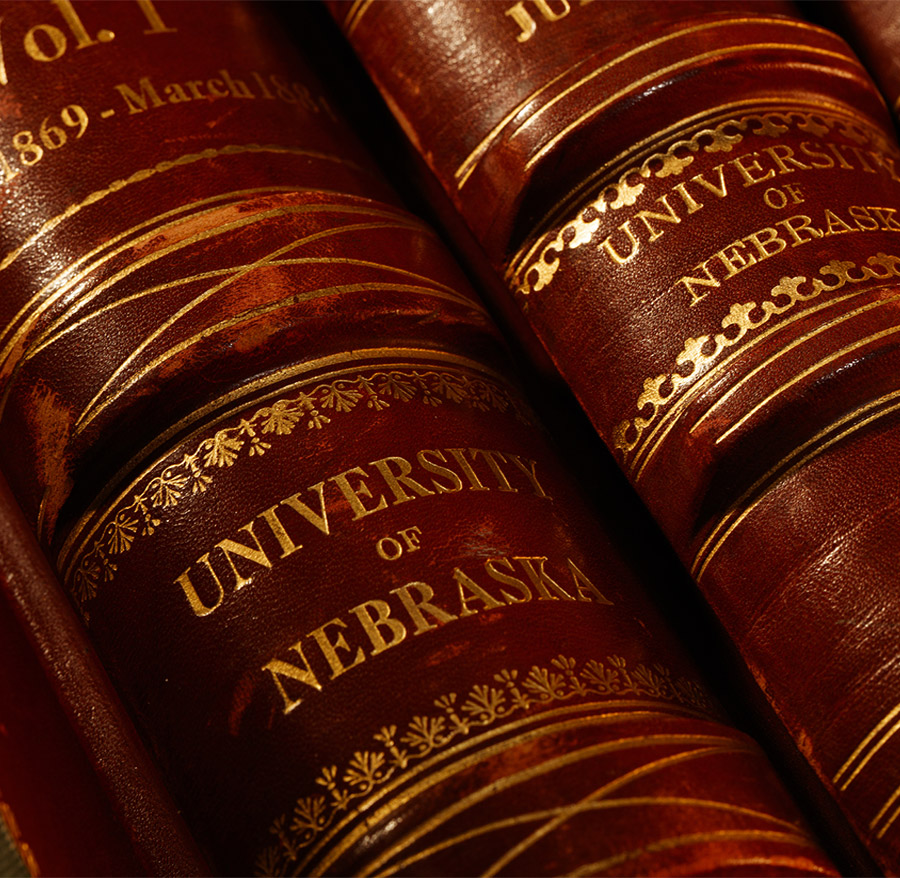